My Lost Cursive (and so much more)

Recalling last spring’s “from cursive to computer” writing prompt caused me to recall my own rocky history with cursive writing–and so much more. -Sarah White

I was born in October of 1956. For first grade, my parents chose for me St. Richard’s Academy on Indianapolis’ near north side, even though we lived 15 miles north in Carmel. I think this was because at about that time my mother began working for a publishing company near that school—and because they would take me while I was still 5, which Carmel’s public school would not.

I loved St. Richards from the moment I entered its gothic pointy-roofed garden gate at age 5 and 11/12ths, wearing my little plaid kilt and a green wool blazer with a heraldic crest embroidered on its chest pocket.

Our teachers had high expectations of 1st graders and we rose to meet them. Our math lessons involved working on times tables and long division as well as addition and subtraction, aided by graph paper to keep our columns neat. We learned French with readings and exercises about “deux soldats du bois.” We learned to write longhand using fountain pens we filled ourselves from small glass bottles. We colored maps of Europe in careful horizontal strokes, long wooden colored pencils gripped in our tiny fists. 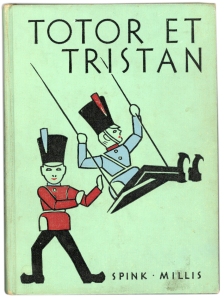 And then the year was over, and the next year my parents transferred me to the public school in Carmel for second grade. Here the students only printed their alphabets, using stubby pencils. The teacher took away my fountain pen and forbade me to write longhand. No elegant colored pencils here, only crayons. No long division, no times tables, no French.

And so I went into my vivid imagination, and I didn’t come out until sometime in the fourth grade, when I realized with terror that I had forgotten everything I’d learned in the first grade, and failed to take in any new information since.

A mental habit of absent-mindedness and a fear of math are the permanent scars of my early education. (And a love of calligraphy and fine fountain pens.)

My blog "True Stories Well Told" is a place for people who read and write about real life. I’ve been leading life writing groups since 2004. I teach, coach memoir writers 1:1, and help people publish and share their life stories.
View all posts by first person productions →
This entry was posted in Sarah's memoir and tagged cursive. Bookmark the permalink.

1 Response to My Lost Cursive (and so much more)