In October 1971 I turned 15. Winter passed in short hours after school that barely allowed time for rustling up the horses, then feeding them in their stalls while we talked in the tack room. Spring and then summer approached with a promise of Driver’s Ed classes for me. By the next winter I would be able to drive myself to the farm. Or so I thought.

On Memorial Day 1972, with another summer of “pretend” on horseback beckoning, I felt inspired to ride again.

The fallen beech where I went to read also presented an essential mounting block. It was from here I would swing my leg over Cocoa’s nervous back. That day she moved abruptly and I overshot.

I can’t explain why I thought, as I slipped sideways, that I could just land on my foot and with a spring from my leg regain my seat. If I had ever been remotely that coordinated or athletic it was still a long shot to believe it would save me now. And of course it didn’t. Ankle crumpled. Denise knocked on the back door of the Big House and used their phone to call my mother. In the station wagon we crawled through race-day traffic to a hospital in downtown Indianapolis. My plan to spend the summer with horses and driving lessons was shattered along with my ankle.

The insult to my ankle was a big one; somehow the injury required a cast that came halfway up my thigh and would have to stay on until school started that fall. My brothers rebelled at shouldering the horse-feeding chore I could not now perform. Each day their protests grew more extreme. Even I could see the situation was untenable. But what to do?

My father, my pal, my co-conspirator, engineered a solution.

In his endless rounds of coffee and conversation at the drug store, he had learned of a young hippie couple who were renting a farm for the summer just a few miles up the road from the Horse Farm. They were dying for a horse but only temporarily. My father whipped up an impressive-sounding rental contract, and Cocoa went out on loan to the hippies.

I laid on the sofa at home watching TV that whole summer, hiding from life, refusing visits from neighborhood playmates, school pals, and the girls from the stable. When the 1972 Summer Olympics came along, I was thankful for the diversion. I switched the channel to avoid the equestrian events when they came on.

Fall brought my sixteenth birthday and not long after that, the use of my mended leg. Cocoa returned from her stay with the hippies and I began making trips to the farm again. Again I whiled away an hour a day while Cocoa ate her meals. But I never rode Cocoa again.

This time it was my mother who would drive me to the farm, and spend an hour in the car reading proofs (she worked as a book editor) while I walked or read or cleaned stalls, but never rode. I loved having my big furry pet, I loved grooming her and feeding her and cleaning around her. I simply had lost the urge to disturb our relationship with my attempts to ride.

Denise was a year older now, and so was the foal. Instead of riding with me around the fields playing “pretend”, she now spent her afternoons training her yearling and cuddling in the hayloft with the little boyfriends who followed her out to the farm like the dogs they were.

That winter I took a fencing class at the YMCA to help rebuild my ankle. I met a pair of interesting boys in that class and soon I had a new set of friends, boys and girls from down in Indianapolis’ central city.

By spring I wanted to spend what free time I had with my new friends. More mature urges were competing for the afterschool hours I was spending at the stable. Now not only my family members were making sacrifices for the horse—I was too.

This time I engineered the solution. One of the boys I met in fencing class lived on a small farm. He knew a girl who wanted to buy a horse to keep there. Following a swirl of phone calls she came to visit Cocoa, and came back with a trailer and a check for $125. On the anniversary of my ankle-breaking, Cocoa disappeared over the horizon with a switch of her beautiful black tail.

My horse phase was over.

When I look back on my time with Cocoa, I’m conflicted. I am peeved at my parents for not finding the extra $500 that would’ve brought me an amenable horse and an entirely different story arc. I am mad at my father for making my mother cry, for not knowing better than to help me scheme a horse into our lives.

On the other hand, I am happy I got to be friends with a horse. There was in my relationship with Cocoa the same kind of inter-species joy I find today with my dog, a similar  pleasure in time spent wordlessly pursuing mutual interests.

And I am glad, deeply glad, that I got a horse exactly when I did, because it bought me time. Those two years at the farm held me out of harm’s way. The love I directed toward Cocoa I would have turned toward boys that much sooner, and trouble would have followed; I am sure of that. Instead I spent those two winters in a deep relationship with nature, a relationship that marked and shaped me. It was my first love, and better than any boy could have brought me.

Today yet another suburban development covers the horse farm; half-million-dollar homes on half-acre lots sit where the pond, the rise, the creek, and the sugar bush mapped our world like Winnie the Pooh’s “Hundred Acre Woods.”

I went back once. Walking those cul de sacs was so abstract it conjured nothing about the time I spent there, only anger at the suburbs that gobbled my horsey history. 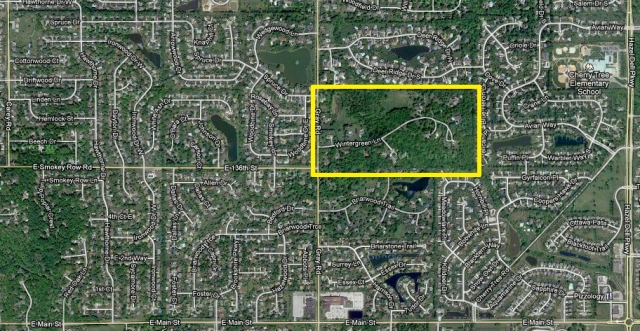