Greg Mortenson, author of Three Cups of Tea and focus of criticism over truth in memoir (about which I blogged previously),  is back in the news–and the courtroom. Four people who bought Mortenson’s books have brought a lawsuit against Mortenson, co-author David Relin and Mortenson’s charity, the Central Asia Institute. The plaintiffs have asked a federal judge to certify their lawsuit as a class action suit making everyone who purchased the books a plaintiff.

The Huffington Post reported on April 18 that Penguin Group (USA) attorney Jonathan Herman has asked the judge to dismiss the lawsuit. U.S. District Judge Sam Haddon did not make an immediate ruling. The Huffington Post goes on to report:

Penguin Group’s attorney said the proper place for someone to object to the books is in the sphere of public debate, not in a courtroom to be prosecuted by self-appointed “truth police.”… A First Amendment expert called the lawsuit absurd, regardless of whether the books contain fabrications….

Mortenson did not defame or harm anyone in his books and, barring narrow exceptions like national secrets, he can write what he wants and does not have to justify it, said Wayne Giampietro, a Chicago attorney and general counsel of the First Amendment Lawyers Association.

As a memoir writer and self-appointed commentator on the craft, I follow a credo, “Do what you will–but do it with transparency, and harm none with your words.” By “transparency” I mean you should state the approach you have taken regarding truthfulness. One of my favorites is the Author’s Note written by Gabrielle Hamilton, author of  Blood, Bones & Butter: The Inadvertent Education of a Reluctant Chef in which she explains that  she has conflated timelines, omitted certain people, occasionally sidestepping literal truth in service of a story well told. (Read the full author’s note at the end of my blog post here.) I confess, I’ve become a collector of these disclaimers–a genre as subtle and interesting as memoir itself.

By “harm none” I mean avoid statements that might cause pain to those you care about, which should include the trusty readers out there who only know you through the words you’ve written down. As Judith Barrington wrote in Writing the Memoir, “Each of us must balance the reasons for writing a story against the harm that might be done to someone else.” Strive for compassion toward all characters in your story. If you really want to get somebody’s goat–don’t say hateful things about them, just leave them out!

The question of Mortenson’s truth (or lack of it) gets at the hard work you take on when you write about your life. You can’t possibly write a completely true memoir. But you can avoid misleading people or otherwise causing harm. After all, you don’t want an entire class of people–readers–clamoring for their time and money back. 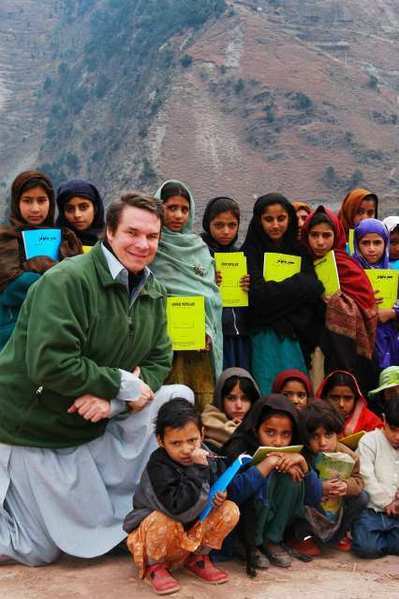 Photo from LA Times article 4/18/12 “Do ‘Three Cups of Tea’ readers deserve their money back?” read their story here.

My blog "True Stories Well Told" is a place for people who read and write about real life. I’ve been leading life writing groups since 2004. I teach, coach memoir writers 1:1, and help people publish and share their life stories.
View all posts by first person productions →
This entry was posted in writing workshop. Bookmark the permalink.