Why Do Men Suck?

I am running a short special-focus series of posts between now and March 8, from Imbolc to International Women’s Day, focusing on the problem of violence against women.  I have invited guest essays exploring how the abuse of one affects us all. I want a conversation about what we are doing to change this culture of violence. Here goes. -Sarah White 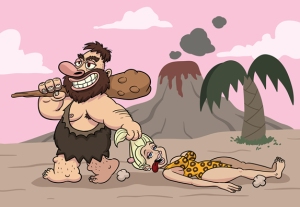 Why Do Men Suck?

I am on the edge here, looking down. A long way down. I am a “man,” and I would like to push some other “men” over that edge. Let them fall into the abyss and force them to see what they have done to women in their lives. While they fall. Maybe just a little nick in an artery before the push. Bleeding. Falling. A long way down.

But first, I’ll just jump myself. Take a flying leap.

You see, I am an abuser. Before I take a knife to the throat of any man for raping or otherwise abusing my mother, sister, daughter, wife, or any other female, I need to look inside my self; not just the self I show myself and others, but the self that is lurking, hiding down there, telling me, “Just forget about it. You think too much!”


Even a thoughtful person can ignore the bad deeds they’ve done. They can focus on the good times and disremember the horrible.

I think that perhaps it is easier for most men to forget what they’ve done. Coping mechanisms abound. I can trick myself into thinking everything is all right. I can bury the bad things that I do. I’ve seen horrible cases where older folks absolutely do not remember the abuse they participated in earlier in their lives. It never happened. It’s all in the abused mind. Who do you believe, me the superior male, or her.

Even without forgetfulness, there are plenty of justifications: I was young and stupid. I was agitated. My baby left me. I was adjusting to new/lack-of meds. I have PTSD. I was too old to know what I was doing. It’s what I have seen and experienced growing up. The list of excuses goes on.

And, of course, abuse is greatly underreported. Who is your family going to believe? Who are the cops going to believe? Sometimes the abuser is the family’s pride and joy, a young man so intelligent, successful, good looking; he could never do such a thing! The same goes for your sweet old father or grandfather or uncle or whoever. But we are all men. We suck.

My true assignment was to answer—as a “sensitive man”—these questions:

What’s up? Well, let’s just think of what I used to view as a stereotypical rape: the woman fumbling for her keys at night and the stranger approaches. Sure, that happens. And it’s horrific and dangerous. But rape by a boyfriend or acquaintance or relative or husband is much more common, although unreported. I’m sure the real numbers are much higher than any research study is able to purport. So we know that abuse is rampant. Just for the sake of argument, let’s just say that it’s 100 percent. If 100 percent of women have suffered abuse from men, than I have to think that fairly near 100 percent of men have participated in abusing women.

Why? Well, it’s our culture, stupid. (Oh wait! That very statement strengthens the old male-dominated culture.) So let’s just say it’s our stupid culture. And it’s a culture we are trying to change. Unfortunately, this change is happening a bit too slowly for most of us.

Lack of respect, of course, is the big reason. We strike out in anger even when the woman is not the cause of what makes us angry. It’s like that horrible cliché about the man kicking the dog after he comes home from work. But we don’t see what goes on behind closed doors. Some women, I’m sure, would much rather be the kicked dog than themselves.

Men have control issues, anger issues. Maybe there’s a genetic aspect. From an early age I remember seeing the cartoon of the caveman dragging a woman by her hair. Or does that actual cartoon (culture) also lead us to disrespect women? Sure it does. We have a need to show women that we are physically stronger and more powerful, possibly because we feel insecure about our own self-worth. Couple that with the knowledge that we will most likely not be prosecuted. And add a dash of other people turning their backs, ignoring obvious abuse because they don’t want to deal with it or they fear retribution. The culture continues.

So how do we evolve into a culture that respects women? Imagine being a male rapist in a matriarchal society! I bet there weren’t many of them. At least, I bet they didn’t last long!

We’ve made some headway since my great, great aunt Victoria ran for president over 100 years ago. And I know we focused on it 40-some years ago. We were going to change the world in so many ways! And we still will…slowly. The moral compass points in the proper direction, but we don’t always choose to go that way.

Think you’re a man and you’re not guilty of anything? Think again. Think real hard. And don’t let it happen again. Show your sons and all formative-stage humans how women should be respected and valued. Or else.

I’m sorry for
the things I’ve done
I’ve shamed myself with lies
My cruelty has punctured me
And now I’m running dry.

Thanks, Dale. This conversation won’t be complete until men examine their behavior as brutally as any woman who’s been told “she asked for it”. Thanks for pricking a vein for us.

During this Season of Women I ask you to donate to causes that support prevention of violence against women and girls. If you’re in Madison, you could make a donation to a cause that celebrates women, such as A Fund for Women. If you’re elsewhere around the globe, consider giving to a cause like One Billion Rising. Yes, our February 14 global action is in the rear view mirror now. The road ahead takes us to the next stage of our efforts, where, as Eve Ensler said, “violence against women and girls will never be marginalized again.”

My blog "True Stories Well Told" is a place for people who read and write about real life. I’ve been leading life writing groups since 2004. I teach, coach memoir writers 1:1, and help people publish and share their life stories.
View all posts by first person productions →
This entry was posted in Call for action, Guest writer and tagged one billion rising. Bookmark the permalink.

6 Responses to Why Do Men Suck?