A Prayer for New Orleans

I’ve visited New Orleans like a poor person, like a rich person, and after Hurricane Katrina, like a person for whom money had no meaning. The devastation was not equally distributed, but it impacted us all—even people like me with only the most tenuous connection to that great city. 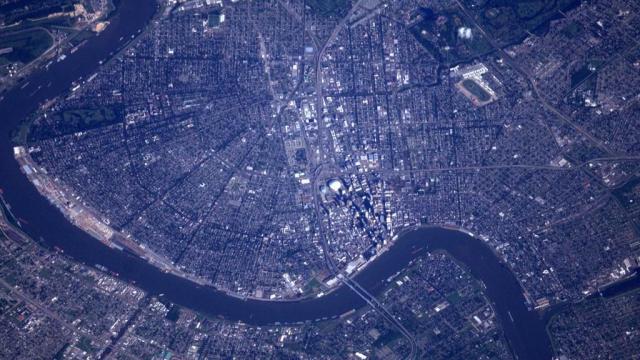 My date with poverty in New Orleans came in 1977 when I visited a friend who had moved to the Big Easy, broke but optimistic. When the ride I’d found for a Spring Break visit dropped me at his doorstep and he drew me into his arms, I fell in love—with my friend, with the French Quarter, with the whole mad whirl of a place where you could stop for a flimsy plastic go-cup of beer on the way from a shotgun flat in Faubourg Marigny to Bourbon Street. In that New Orleans you didn’t need money because the show was in the streets. If you had the price of a quart of beer you could find a stoop or window well, make yourself comfortable and be entertained all night. After a week I had to leave Dale and go back to school, but I looped that crescent of muddy river around my heart like a hitching post and swore I’d be back.

My date with luxury in New Orleans came some twenty years later when I had achieved enough economic security to believe I could jet off for fun extended weekends on a whim. Some gal-pals invited me to make a fourth on their trip to the French Quarter Festival, a celebration of Dixieland that brought bands from around the world. The go-cups of beer were still ubiquitous but now the street-side booze kiosks sold frozen daiquiris poured into tall plastic tubs shaped like busty naked ladies or goggle-eyed alien heads. Both celebrated Big Easy culture that by that time seemed more legend than lived, both the lust and the voodoo sanitized and packaged for tourists. I chose the alien head, and strolled Bourbon Street remembering the seedy “Wash your own girl” booths and voodoo trinket stores of two decades past. Like me, New Orleans was a bit more secure, but money hadn’t changed the nightlife. The jazz still rolled out of the joints like blue fog until the shopkeepers hosed the drunkards’ puke into the gutters at dawn. In that New Orleans you needed money. The show was still free in the streets, but the hotels, the restaurants, the river cruises and haunted cemetery tours all demanded a steep price. My friend Jane and I were uneasy guests in luxury town. We downgraded from getaway weekends to camping.

We were tenting in the north woods when Katrina smashed into New Orleans, creating a world where money couldn’t buy anything—not safety, not potable water, not a prayer. That weekend we were off the grid, only catching snippets of NPR on runs into town for ice. With every foray the radio reported worse details from the Big Easy.

Then, the necklace of time twisted and the past splayed over the present. Guests arrived at our campsite: Dale, from that spring break in New Orleans 1977, with a lady friend he was teaching to whitewater-canoe. They had promised to join us once they came off the water.

They showed up shaken. They had stopped in a bar for a hamburger, seen television news footage of a flooded New Orleans. Levees breached. Brown water over the roofs of houses. People being pulled by helicopter off the roofs of those houses. Around the campfire we shared sorrow, fear, astonishment at the Great U S of A, allowing that to happen because that was how it was, in the Dubya years, that’s how things were in New Orleans for the poor and the old and the sick.

New Orleans’ problem was, essentially, that the city was a shallow bowl. Thus it is strangely fitting that one more vessel joins the go-cup and alien-head tub in my looping story of love for New Orleans. It is a Tibetan singing bowl, used by a master facilitator at a visioning retreat seven months after Katrina, conducted for residents of Gentilly. This was the first middle-class suburb developed for Blacks, just a short ways north of the French Quarter. Its blocks of mid-century ranch houses had been washed completely off their foundations, as had its residents.

Life threw me one more beaded string when I was invited to be part of the facilitator’s unlikely Wisconsin entourage, brought along to help transmit the visions of these people to architecture students from Tulane. Bert knew he needed a timer for the visioning event; he chose a Tibetan bell with a voice beautiful and deep enough to honor the anger, the pain, and the beauty of these deeply wounded people.

I never touched money on that trip; a silent investor funded our expedition with designs on real estate development. Every hotel bill and restaurant tab magically wafted away, like a grim joke about the homes, cars and businesses that Katrina had picked up for New Orleans.

New Orleans may be 1000 miles away geographically, but she is never far from my heart. On this tenth anniversary of Hurricane Katrina, I think of the people and the place there in the last loop of the Mississippi. The New York Times reported recently that “Nearly four out of five white residents believe the city has mostly recovered, while nearly three out of five blacks say it has not.” If you do New Orleans today, best do it like a rich person.

I may not be a religious person, but when I think of New Orleans, those Mardi Gras beads turn into rosaries, and what I feel, feels like a prayer.

Two of my previous essays on True Stories Well Told are about events mentioned in this post:

The Pink and the Muddy
Go small!

My blog "True Stories Well Told" is a place for people who read and write about real life. I’ve been leading life writing groups since 2004. I teach, coach memoir writers 1:1, and help people publish and share their life stories.
View all posts by first person productions →
This entry was posted in Sarah's memoir and tagged Hurricane Katrina, New Orleans. Bookmark the permalink.

1 Response to A Prayer for New Orleans