In 1961, many young people were clamoring to join President Kennedy’s newly established Peace Corps. Not I. I took a job as an intern at a stock brokerage on Montgomery Street in the heart of San Francisco’s financial district. Like most trainees, I started in the research department.

West Coast financial firms opened early in the morning to be ready when the bell sounded on the New York Stock Exchange. The first hour of the day found everyone in the office nursing steaming coffee mugs while reading the Wall Street Journal. 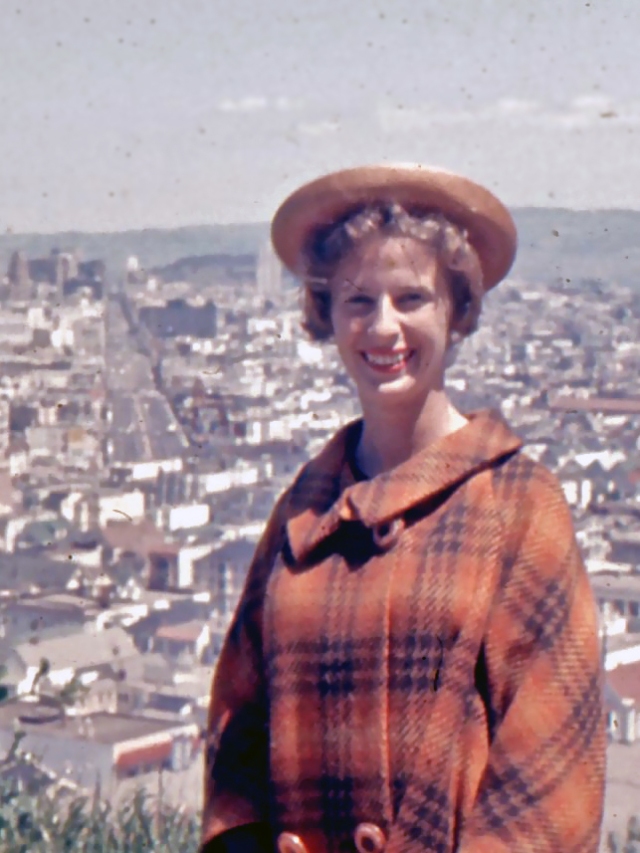 I was expected to memorize the stock ticker symbols of all the Blue Chips on the Dow, beginning with ATT. And I had to get used to hearing stock prices quoted in eighths. Did you know that one-eighth of a dollar is twelve-and-a-half cents? Quick now, how much is seven-eighths? It isn’t easy, is it? The Dow switched to the decimal system around the year two thousand. Stocks had traded in multiples of eight for more than two centuries. The research librarian told me the units were based on the silver “pieces of eight” of Spanish colonial times. Interesting, but it didn’t help me to remember eighty-seven-and-a-half.

The research department had no desktop computers, of course. The data on profit and loss, price-earnings ratios, dividends and yields, was all listed in big Standard and Poor’s directories–endless columns of numbers in fine print. I had always loved research, but not that kind of research.

And then there was the language problem. I had worked hard to eliminate my Bronx accent, replacing it with a manner of speaking that sounded vaguely British. Some people in California had trouble understanding me. And, I struggled to decipher their West Coast vowels.

I said app-ricot — they said ape-ricot

Even my name was a problem. I was used to hearing Darathy — they called me Doorthy.

I was living the old Gershwin tune. I wasn’t ready to call the whole thing off, but I did have some comical encounters before I came to terms with the regional differences.

A customer called the office requesting information on “Organ Power.” At least that’s what I thought he said. I assumed they were Wurlitzer competitors, manufacturers of electric organs, but I couldn’t find anything under that name. I went back to the phone and told the gentleman there was no such company listed on the exchange.

“Young lady,” he said, “I’ve held their stock for many years. Look again.” “Can you spell it for me?” I asked.

Very slowly and distinctly, like a cheerleader with a megaphone, he spelled out, “O-r-e-g-o-n.”

“Oh,” I said. “You mean Ar-a-gone.” I pronounced that state’s name in three distinct syllables.

The man laughed and said. “You must be new here, Doorthy.”

Dorothy Ross is a native New Yorker who worked on Madison Avenue before moving west in 1961. On the Davis campus of the University of California she served as an editor and program director. Diagnosed with Parkinson’s disease in 2007, she now volunteers with her local PD community, organizing events and writing about the challenges of living with that condition.