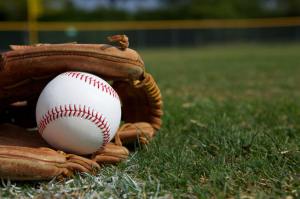 Today Spring arrived at 4:58 p m and for the first time in years, my thoughts turned to Alvin.

Alvin is not his real name, but it certainly fits him. When I was Chief of Operations for the State of Wisconsin Medicaid, back when we were still able to be compassionate, I met Alvin. Alvin was a foster child with special needs and was awaiting an adoptive home. He was about ten years old and had not been dealt the best hand. Small for his age, he wore what were sometimes called coke bottle glasses because they were so thick. Both ears were covered with hearing aids and he was missing his left arm below the elbow. He also had lost his legs below the knees. And he was adorable. Bright sunny smile and a can-do personality that you made you think, how high is up?

We had a family that had three children of their own, two boys and a girl, and an adopted son with severe asthma and hearing difficulties, Paul. They wanted another boy closer to Paul’s age so he would have a playmate. They were foster parents to Alvin and they wanted him as their son. Luckily Wisconsin had an adoption assistance program which allowed us to cover Alvin’s medical needs. Because Alvin’s problems were from an illness at birth, Alvin had preexisting conditions that could not allow him to be covered under their health plan. We could and would cover his medical expenses under Medicaid. This program was cost-effective and humane. The parents were completely responsible for every other part of his life and he had a family and home.

I was with the family when Alvin became theirs. I handed them the papers and the Medicaid card and they left for either Kansas or Missouri, for the father’s promotion. Alvin might be adopted and live out of state, but he was all ours for health care. I heard about Alvin on and off for the next year and was glad that he had turned into a good student and seemed to have integrated into his new family and community. He was also a big brother– his parents had a new baby girl.

Then it happened. Alvin discovered sports. At first it wasn’t too bad. A little baseball with his brothers in the backyard, no big deal. But this was Alvin. There was always a bigger and better chapter to the story. Dad called and said Alvin was going to play Little League. They could cover all his special equipment, the helmet to protect his hearing aids and his goggles to protect his glasses. He got on the same team as his brother Paul, so they knew how to protect him in the field. It was also his older brothers’ league. They were in regular Little League. He was in a branch of that league and now part of the family tradition.

Then came the But. Alvin had had a spurt of growth and his prosthetic arm and legs no longer fit him. Well, we saw that as a necessary expense–kids grew but their prostheses didn’t. And one more thing. Alvin was roller skating. He needed special knee, elbow, and shin guards. The helmet and glasses protector worked for all sports. His dad was so proud, that kid was good and he was a fearless little athlete. Wisconsin did not want a fearless athlete. Mom and dad covered the extra padding and we felt okay. After all, how much trouble could a small eleven year old get into? Mainly he was a scholar–he made the honor roll.

Midway through the summer, we got the call. Alvin needed a new right leg. He couldn’t have had another growth spurt, how tall was he going to be? Those usually lasted at least a year. But no, Alvin had slid into second and his leg broke in two, sort of. Dad bragged, ““I am so proud, such a fearless little short stop.” Now we had a problem, the Feds weren’t very sympathetic to fearless little short stops. Not covered.

By this time, Alvin was a legend and a success. The staff went into overdrive. Find a leg. And find a leg they did–with help from nonprofits, Alvin had a new leg. It was too bad 3D printers hadn’t been invented yet; Alvin was made for one. Over the next couple of years, I lost track of the repaired and replaced limbs. Alvin thrived and was not only happy, but made everyone else a little better and bigger in spirit. The wonderful couple who took this spunky little guy were saints in my book.

Alvin was now in high school, you know, the time when guys play football. We were running out of ways to get new legs. Alvin’s mom called to tell us that she did not want her son playing football. It scared her that he would get hurt. We all relaxed–Alvin wasn’t playing football. I envisioned a brilliant captain of the debate team. Maybe chess club. But this was Alvin. Mother continued, ““you know what a great roller skater he is. Well Alvin can also ice skate. He going out for varsity hockey.”

By noon, the rumor had spread throughout the staff. Alvin was going to play Hockey!

Shortly after we heard that Alvin was in high school and wanted to play hockey, I lost touch with the family. I have no idea what happened to him, but I believe he was okay. He was bright and made good grades. He was a small boy who had to overcome so much. He had a beautiful family who loved him dearly. And he was a fearless little athlete who rode a bike, roller skated, and played short stop in Special Needs Little League. He was very hard on his prostheses. He probably also played Special Needs hockey. I wish him well.

Alvin was a Super Hero whose special powers were Courage and Spirit.

Donna Biddle is an occasional writer who knows she has a memoir or novel to be told and hopes to finally write it.