On Saturday afternoon I went down to the Capitol, at the invitation of Wisconsin Coalition Against Sexual Assault (WCASA).

“Join us for the 2nd Annual Wrap Around the Capitol as we join hands and encircle the capitol to show our support for survivors of sexual violence in observance of Sexual Assault Awareness Month (SAAM)” they said, and so I did.

I recently learned the nicely academic-sounding phrase “performing identities,” as in “performed a range of gender identities and sexual expressions”–(I’m quoting an article by Stephanie Rytilahti titled “Back in the Lysistrata Days: Creating a Place for ‘A Diverse Array of Feminists’ in 1970s Madison, Wisconsin.”)

I saw a range of identities being performed as women and a few men convened to sing, to wind strips of denim in a loopy circle dance around Wisconsin’s beautiful capitol building, and  reprise  Dianne Brakarsh’s Madison Rising dance on the north steps.

A toddler performed enjoyment from his front-row stroller-seat as his parents performed “hipster dude” (dad) in black glasses and “alt-gender” (mom) in a man’s white shirt, skinny black pants, and hair butch-waxed into a tasteful mohawk. Who gets credit for the little boy’s bright blue velvet newsboy cap and striped necktie?

We circled the Capitol  performing our identities in outfits ranging from “SAAM” t-shirts to floaty hippie dresses. We crossed paths with the wedding parties performing their Barbie and Ken cake-toppers.

Circling completed, it was time for the Rising dance! I chose to perform the role of Audience. My new friend I’ll call Fairy danced, performing her identity in glad rags accessorized with some elphin lace-up boots, like Doc Martens but without the chunky soles. But still, it was too much footwear for the footwork. “I shouldn’t have rehearsed barefoot–or I should have taken them off! These boots were tripping me up, tying me down!” she said.

We walk away from the dance, looking for a place to have a bite, and follow a couple leaving a wedding. He’s performing “groomsman done for the day”–white shirt untucked, black trousers sagging as his beer belly struggled for freedom. On his arm is a bootylicious lady performing “Hot Stuff” to the hilt. She’s on his arm because she can’t walk in her 5-inch stiletto whore-shoes. She’s bobbing and weaving and almost going down with every step. Those shoes are a sexual assault in motion.

I’ve been researching Madison feminism in the 1970s and recently got the rundown on Women’s Transit Authority, founded in 1972 in the belief that “Good public transportation is a key factor in rape prevention.”  Somehow that sprang to mind as I thought about Fairy and Bootylicious and footwear.

Safe transportation begins at your feet. If you’re going to walk your walk, better wear the right shoes. 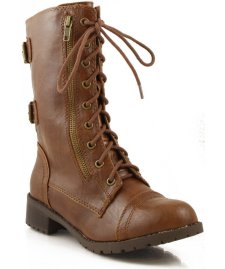